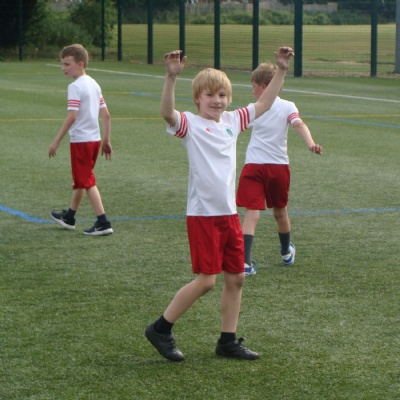 On Thursday 22nd June, some members of Class 3 attended a year 3/4 handball tournament against other schools. Despite never having played the game before, the children learned the key skills very quickly. In all six matches - against Manor, Cherrywood and All Saints - they improved considerably,  which culminated in a very exciting and end-to-end match against All Saints. The children played well as a team, showing determination and courage when things did not go their way. It is exciting to think that these year 3 children could represent Whitewater in handball over the next three years.